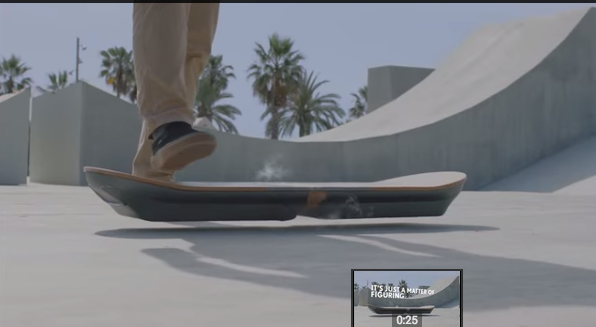 Lexus Makes All Your Dreams Come True With Their Hoverboard Skateboard

Humanity took several steps toward our collective dream over a hoverboard earlier today when Lexus announced they had created a working skateboard hoverboard. No real details yet on the specifics behind the mechanics of the hoverboard but there is a teaser YouTube trailer. If you’ve seen any sci-fi movies you know that over the course of the next 100 years Lexus build anti-grav cars its no surprise they’re getting a jump on the hoverboard market with this early adopters release.

More of a Teaser than Trailer

Sure it hovers… but does it board? This has all the sex appeal of an actual hoverboard without any boarding action being shown. Our minds are blown but we want more. We’ll let you know what its like as soon as Lexus gives us a sample hoverboard deck, (due in the year 2050). But we’re happy to see progress, with so many great minds working towards the ultimate goal its only a matter of time until we have the real deal. Remember when Nike released their Back to the Future hoverboard skate shoes? Those are going to be the ultimate accessory in the future if this deck is any look. No word yet either on how ollies work, (against the magnetic lift?)