At Whatever, we don’t judge people by how many tricks they can do, or who’s a “better” skater. We believe the skater that’s having the most fun and encouraging others to do the same is the best skater. This series of “Skateboarding Made Simple” By Aaron Kyro, a favorite skater amongst our crew is probably one of the best, if not the best video to watch that will actually help you learn how to skate. We will be posting all volumes so stay tuned!

If you saw our last video, Aaron Kyro taught us the quickest way to learn to Ollie. Here he proves his steps are fool-proof by teaching this rad 8 year old how to ollie step by step! If you follow the steps and practice each one until you got them down. You can put it all together and Ollie with success!

VL skate outlines the five mistakes beginners make when trying to land new tricks and how to avoid them! The first two are not fully learning the trick and moving on too fast. These two go hand in hand! Muscle memory is the most important thing when getting a new move down. You can try it 100 times and land it 20 times out of that but without creating the proper muscle memory, you won’t be able to retain the trick. The third mistake outlined in this video is losing motivation. It can be discouraging to try something over and over again and not get it, but you can always move onto a different trick and come back to the one you are stuck on another day! The fourth mistake is getting burnt out. If you feel yourself getting tired or frustrated-take a break! The fifth mistake is comparing yourself to others. The only person you should compare progress with is yourself!

You have probably heard of Aaron Kyro, professional skater and Youtube Star. He is known for his Youtube Channel called Braille Skateboarding, where he has many tutorials and skate videos based of his own self-taught methods. In this video above, Aaron helps you build a solid foundation for all of your skating and fundamental tricks. He covers turning, stopping, and everything in between. These are the fundamentals Aaron goes over before diving into the most common tricks-ollies, frontside 180’s, backside 180’s, pop shove it’s, front shove its, heelflips and kickflips. Stick with Aaron and his strategical order of learning the art of skating, and you will go far! Or at least, improve. 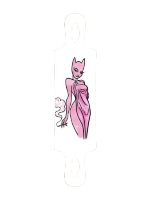 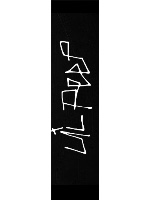