The 2017 Vans Park Series ISF World Championships will be held in September with final date and location to be announced at vansparkseries.com along with live event webcast and World Tour additional details.

Malmö is run by skateboarders. Twenty years of driven skaters and a city that rather says ‘yes’ than ‘no’ has created one of the strongest scenes out there. Not only will you find some of the most interesting skateparks, but a barrage of DIY-spots and public spaces adapted for skating. A highschool for skaters situated in a skatepark? No joke in Malmö.

For the Vans Park Series Malmö, Vans, Bryggeriet and Dreamland Skateparks have come together to create a brand new legacy park designed specifically for VPSPS. With an open design between 5 and 9ft with features that blend into the flow, the park is looking to pack some serious punch. 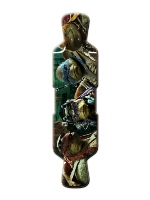