BOWLZILLA Wellington 2017 is ON, March 11th at the Waitangi Park in Wellington, New Zealand! With a prize pool of over NZ$15,000, BOWLZILLA Wellington will serve as the finals for the New Zealand National Park and Bowl Skating Titles, in coordination with the new national governing body, Skateboarding New Zealand. There will be divisions for: 16 & Under, Women, Open and Masters 40+. The Open and Masters are pro with prize money. A four-day bash surrounds the skateboarding comps and will include parties, an art show, skating and good times. On March 9th, Fusion Surf/Skate will host the Welcome Party, followed by ARTZILLA on March 10th at Manky Chops Gallery. March 11th will feature the BOWLZILLA skateboarding contest at Waitangi Park in Wellington followed by the Dive In official after party. On March 12th the festivities wrap up with the Karori Vert Jam at Ian Galloway Park in Karori, Wellington. Get more info at  www.bowlzilla.net  or http://www.facebook.com/bowlzilla and follow @Bowlzilla on Instagram for updates. 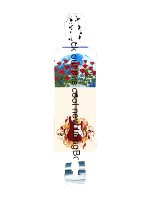 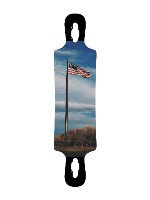